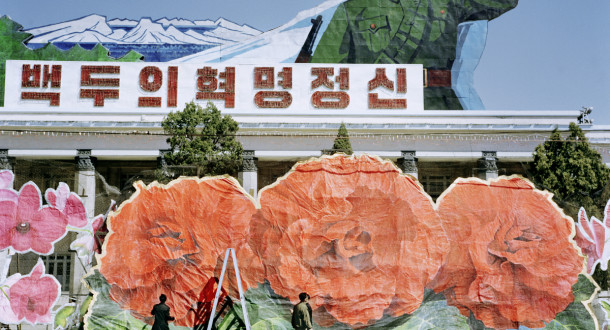 North Korea in the 21st century, is a political ufo. The world’s most closed country, voluntary recluse, is a grey area on the map. Information reach us fragmentarily, showing a regime on the constant verge of war. But what is it really like to live in North Korea in 2012? Rather than go as a photographer, I made the choice to merge in a small group of “tourists”, joining a tour prepared by the government. A perfectly set tour, calibrated, controlled.
In fact, a walk through a gigantic stage set. But between the lines, through the decor himself, I searched behind the scenes. I used what I was shown to reveal what was hidden to me. North Korea seems frozen in time, stuck in a past that I only know from movies.
Living in North Korea is living in a titanic theater, populated by flowers and missiles, staged in every detail, but where it seems the script has been lost.