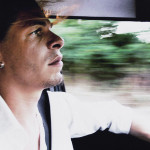 At the age of 15, Alex Majoli joined the F45 Studio in Ravenna, working alongside Daniele Casadio. While studying at the Art Institute in Ravenna, he joined Grazia Neri Agency and traveled to Yugoslavia to document the conflict. He returned many times over the next few years, covering all major events in Kosovo and Albania.

Majoli graduated from art school in 1991. Three years later, he made an intimate portrayal of the closing of an asylum for the insane on the island of Leros, Greece, a project that became the subject of his first book, Leros.

In 1995 Majoli went to South America for several months, photographing a variety of subjects for his ongoing personal project, ‘Requiem in Samba’. He started the project ‘Hotel Marinum’ in 1998, on life in harbour cities around the world, the final goal of which was to perform a theatrical multimedia show. That same year he began making a series of short films and documentaries.

After becoming a full member of Magnum Photos in 2001, Majoli covered the fall of the Taliban regime in Afghanistan, and two years later the invasion of Iraq. He continues to document various conflicts worldwide for Newsweek, the New York Times Magazine, Granta and National Geographic.

Majoli, in collaboration with Thomas Dworzak, Paolo Pellegrin and Ilkka Uimonen, had an extremely successful exhibition and installation Off Broadway in New York in 2004, which travelled to France and Germany. He then became involved in a project for the French Ministry of Culture entitled ‘BPS’, or ‘Bio-Position System’, about the social transformation of the city of Marseilles. A recently completed project, ‘Libera me’, is a reflection on the human condition.

Alex Majoli lives and works in New York and Milan.