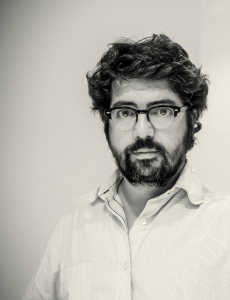 Carlos Spottorno is a spanish documentary photographer with an artistic background who has focused his main personal projects on subjects related to power shifts, economy, and social issues that shape the real world we live in.

Carlos was born in Budapest in 1971; he was raised in Rome, Madrid and Paris. He graduated in painting and printmaking at the Accademia di Belle Arti di Roma and spent a few years in the advertising world as an Art Director. Carlos shifted to photography in 2001 and since then he has produced numerous projects, both personal and assigned, as a photographer and film maker.

In recognition for his work, he has recived awards including World Press Photo 2003, YIPPA 2011, American Photography 24, 26 and 27. He was a finalist for a Visa d’Or 2008, the European Publishers Award in 2009 and 2013, RM Photobook Award in 2012. Winner of Kassel Photobook Award 2013, and finalist Paris Photo Aperture best photobook 2013. In 2014 he was awarded the Lacritique.org Award at Voies Off Arles festival.