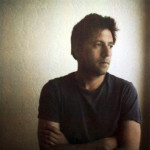 Moises Saman was born in Lima, Peru, in 1974 from a mixed Spanish and Peruvian family. At the age of 1 his family relocated to Barcelona, Spain, where Moises spent most of his youth.
During his university studies of Communications and Sociology in the United States Moises became interested in photography by following the work of a number of photographers covering the wars in the Balkans, specially the plight of the civilian populations living under the siege of Sarajevo.

Moises interned at several small newspapers in California before moving to New York City in the summer of 1998. The following year, after completing a summer internship at New York Newsday, Moises spent a month traveling in Kosovo photographing the immediate aftermath of the last Balkan war. On his return he joined Newsday as a staff photographer where he worked as a press photographer for the next six years.
From 2001 to 2010 Moises’ work focused on the conflicts resulting from the September 11th attacks in the United States, including the wars in Afghanistan and Iraq. In 2010, as the Arab Spring swept through the Middle East, Moises relocated to Cairo, Egypt, where he continues to live and work.

Moises is an Associate Member of Magnum Photos.