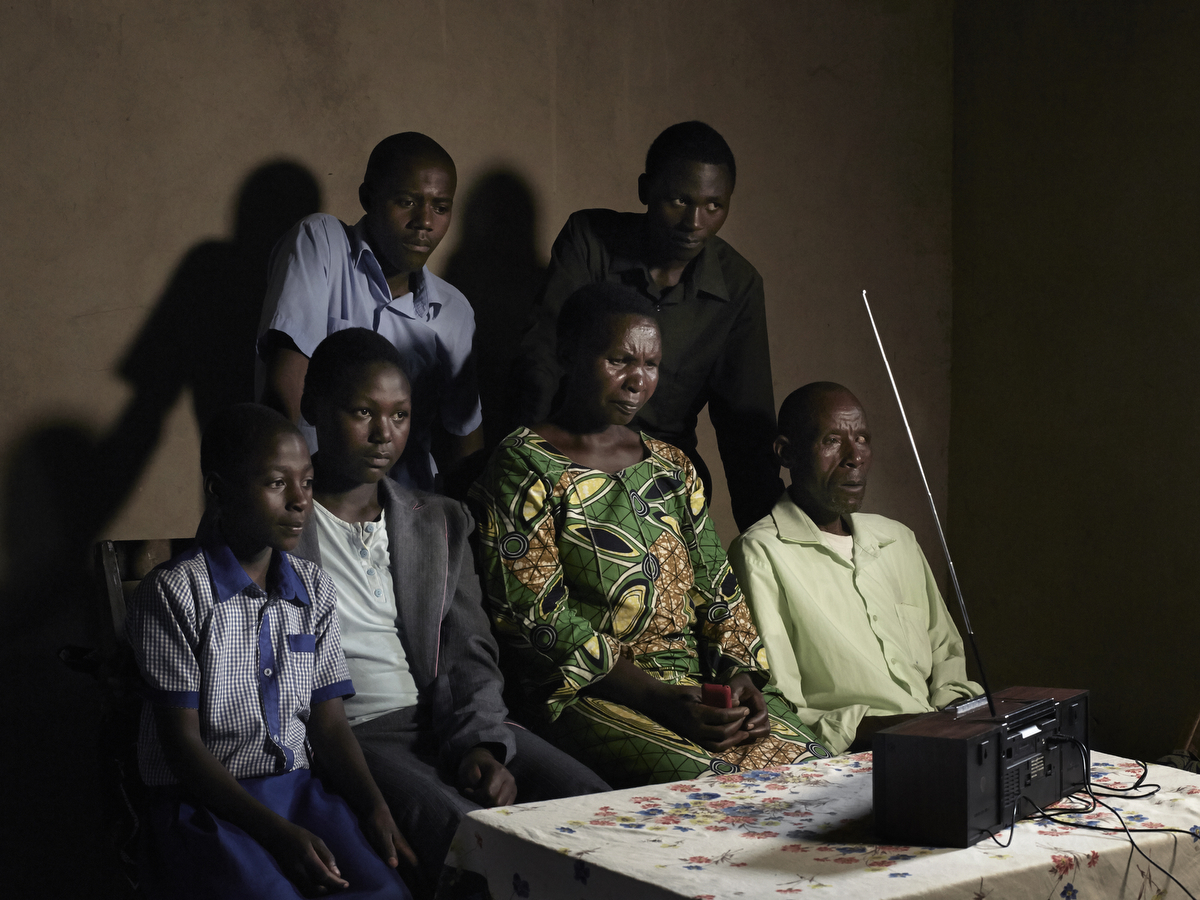 Love Radio is a transmedia documentary about the process of reconciliation in post-genocide Rwanda. It consists of a web documentary, mobile Tap stories and an exhibition.
Love Radio straddles the thin line between fact and fiction. At first glance it tells a linear, almost fairy-tale narrative, based around the radio soap Musekeweya (‘New Dawn’). But a closer look reveals the complex reality. While in the soap happy endings predominate, reconciliation in real life is rather more intransigent. After the gruesome killings, how can perpetrators and victims live with and love each other?

April 2014 marks 20 years since almost one million Tutsis and moderate Hutus were murdered. Virulent hate campaigns in the media were at the heart of the genocide. On the same frequency that in 1994 incited the murder of the Tutsi ‘inyenzi’ (cockroaches), the radio soap Musekeweya today broadcasts a message of reconciliation. The soap is immensely popular, with millions tuning in to the weekly episodes.

Love Radio combines film with photography, audio, text and archive material. Using fragments from the soap, portraits of the creators, fan mail from listeners and images of the magical ‘guilty’ landscape, it gradually becomes clear that ‘the truth’ does not exist – only different versions of reality.