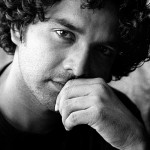 To underline our lives, our awareness, I persist to treasure and poke the “spinal chord” of the world, by transforming suffering into photographs. For me, photography is my language to access, to communicate, to identify and mostly to make injustice and suffering to be heard. Through photography I only jot down my heart’s language. The best part about being a photographer is that I’m able to articulate the experiences of the voiceless and to bring their identities to the forefront which gives meaning and purpose to my own life.

I was one of the speakers in the fifth Global Investigative Journalism Conference, held at Lillehammer, Norway in 2008 and as well I was the first Bangladeshi in Ted talk at TEDxOporto 2011, in Portugal. I was one of the speaker of “7th Forum of Emerging Leaders in Asian Journalism”, Yogyakarta / Indonesia. In 2011. Nikon has selected me as one of the 8 influencers in Asia pacific (APAC region). In 2012 I have published my second book ‘Survivors’ which has reviewed by Prestigious Geo Magazine, worldwide.

I presented my work as one of the speaker on UNICEF Dutch television in UNICEF Night 2012 in Amsterdam. The keynote speaker at the conference “The power of pictures” in Germany, March 2013. One of the keynote Speaker in the momentous conference of Media Trends 2013 at Webster University Geneva.